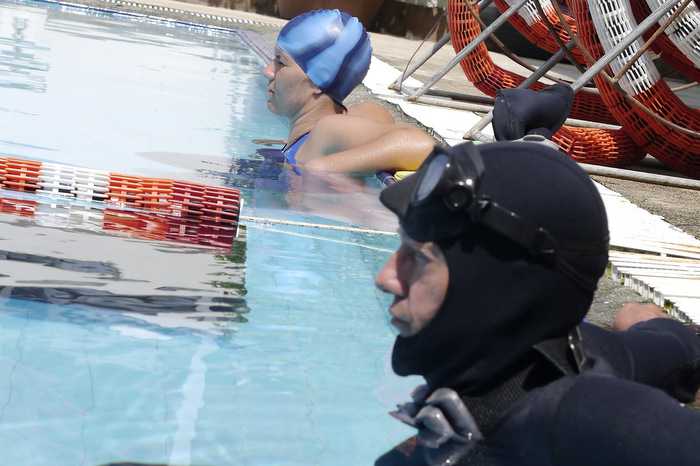 PHUKET: The We Freedive Suunto Series 2014 comes to a close this Sunday with competitors taking deep breaths before launching into a trinity of events: Static Apnea, Dynamic No Fins (DNF) and Dynamic with Fins (DYN).

It will be a tight race for overall winner of the series with American Walter Johnson leading Melanie Long from the UK with just one white card, which signifies a clean dive in accordance with Association Internationale pour le Developpement de l’Apnee (AIDA) rules.

However, all eyes will be on American Katie Wierenga, who covered 105m during the last DNF competition and is poised to break the United States record in what is regarded by many as the most difficult of the eight freediving disciplines.

As in the past, AIDA International Judges Sarah Whitcher and Richard Wonka from We Freedive will be overseeing the event starting at 9am at Phuket Country Home in Chalong.

At the start of the series Mr Wonka emphasized that his and Ms Whitcher’s roles as AIDA International judges was to ensure that athletes finish their dives in a healthy and controlled state.

The final prize at the end of the series is a white Suunto D6i dive computer, which is awarded to the athlete with the cleanest record (least number of red cards and yellow cards).

“We are looking for people who perform well and collect white cards, no blackouts and no penalties – nice and clean dives,” Mr Wonka said.