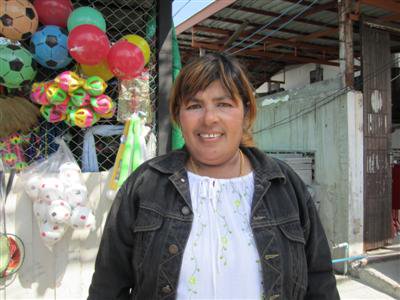 As reported in The Nation, Thailand was a perfect destination for the woman who spent 15 years under house arrest, as it would give her a chance to meet many people from Myanmar, including some of the millions of migrant workers from that country.

Many migrant workers told Thai media that Mrs Suu Kyi’s visit would mean a lot to them, as it would give them encouragement and support. Some said they could not believe they would get to meet the Nobel Peace Prize laureate in person.

Phuket, with its booming real estate market, is another popular destination for migrant workers from Myanmar who seek employment. Estimates by officials here place the number of Burmese migrant workers in the province at anywhere from 100,000 to 200,000.

Than Soe Lux, a 38-year-old Burmese building contractor in Phuket, who has been in Thailand for 18 years, told the Gazette that he was unaware that Mrs Suu Kyi was in Thailand.

“But I’m happy to be told of this. If I lived near Samut Sakhon I would go and see her. If I had a chance to talk to her, I would like to congratulate her on her successful election and ask her about how she plans to develop our country,” he said.

“I would like to know how she is going to help us solve the unemployment problem in Myanmar, and when Myanmar workers who live abroad will be able to return to find good jobs there,” he added.

Khin Khin Soe, a Burmese worker at the Phuket office of the World Vision Foundation in Thailand, was well aware that Mrs Suu Kyi was in the country.

“My Burmese friends and I were talking about the visit just last night. We are all so happy that she finally has the freedom to visit Thailand. We have been talking about it a lot recently and we are delighted. Every Burmese I know in the community is happy for her,” she added.

“We wish she would come to Phuket. If I had a chance to meet her, I would like to give her a hug and tell her how happy I am for her,” she ended.

Mrs Suu Kyi was invited to the World Economic Forum on East Asia to meet leading international business figures and express her vision for reform and the future of her country. She will be in Thailand until Sunday, June 3.

After her session at the World Economic Forum which is on today and tomorrow, Aung San Suu Kyi will travel to the border districts of Mae Sot and Tha Song Yang in Tak province on Saturday to see refugees who fled conflict and war at home in Myanmar.