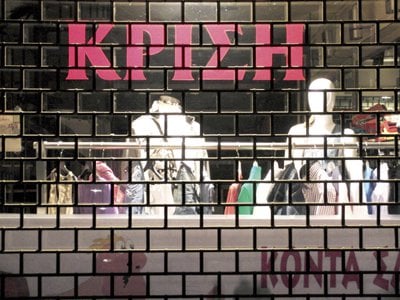 PHUKET: It is fair to say that recently the world’s markets have been as unstable as a new born baby trying to stand on its own two feet!

With the financial woes of the European markets, the rest of the world has been dragged down by a seemingly constant torrent of poor European economic news.

We have a new French President who, potentially, would like to get rid of the austerity measures that have been put into place, and now in Greece they don’t have a government at all.

A potential exit from the Euro seems inevitable from the land that brought us the Olympic Games and is generally considered the cradle of Western civilization. It is no surprise that the Greek people have had enough of cuts and austerity measures as they have been hit harder than any other country in the ‘Euro Zone’.

Recent election results show that the Greek people are officially fed up. However, with different parties being unsuccessful in formalizing a coalition government, this could drag out for weeks or even months, and if there is one thing that markets don’t like, it’s uncertainty.

We have seen this over the past few weeks as markets dropped to new 2012 lows, and as this uncertainty remains, I believe things will remain choppy until we have a resolution set in stone. The general consensus would seem to point to an inevitable Greek Euro exit, but then, how will markets react to this?

If Greece remains in the Euro, the second placed Syriza party is looking to form a coalition government and in effect tear up the austerity measures plan.

Here’s the situation. In February, Greece agreed a €174 billion bail-out deal with the EU and the International Monetary Fund. Part of the deal was that the country would undertake various reforms.

These reforms need to be passed by the end of next month before Greece can get the money. Of course, the problem is that there is no Greek parliament right now and it looks like no one will be able to put together a coalition.

As a result, there’ll be a second election. Will the result be any different? Probably not, and potentially Greece may take an even harder stance against Europe. So all roads point to a probable exit, which could not be all bad if handled properly.

As I said before, the one thing that markets do not like is uncertainty, and this route would get rid of that.

Also, a return to the Drachma for Greece would mean that, as an economy, they could quickly re-price themselves, ditching their debt and focusing on growth.

On the flip side, the value of the Drachma could be devalued by at least 50%, causing inflation. The need to handle this properly cannot be underestimated and as uncertainty continues markets will continue to be affected, so for now a cautious approach needs to be applied until we see light at the end of the tunnel.

A shift to safer investments is a wise move over the next few months. We have seen the US Dollar perform well, and the dollar index – the dollar against a basket of other major currencies – is at its highest level in two months.

The ride is going to remain very bumpy and a move into less riskier assets would be prudent, unless you are able to stomach the volatility we are now beginning to see.

For more information on how the UK budget affects you or UK pension plan reviews, please contact Alyman@montpeliergroup.com, or you can follow me on twitter @ AnthonyLyman.

Anthony Lyman is a Senior Financial Consultant for the Montpelier Group.