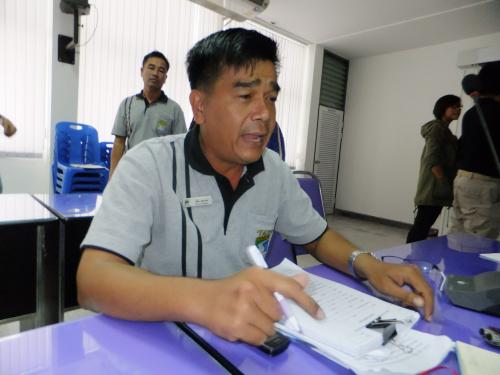 PHUKET: The informal network of taxi drivers operating at Central Festival Phuket shopping mall will be registered as a formal co-operative as part of the drivers’ efforts to work as part of a fully-legal entity by November 30.

“We have been in talks with officials from the Phuket Provincial Co-operatives Office, and they have been advising us on many issues,” Mr Pom told the Phuket Gazette.

“Sometime in the middle of October, they will help us move the process forward and explain to our members what is required to have the co-operative registered,” he added.

Mr Pom, who has been central to discussions with management at the shopping mall and officers from the Department of Special Investigation (DSI) (story here), has had a polarizing effect on his peers.

He remains under investigation by the DSI for using violence to intimidate taxi drivers picking up passengers at the mall (story here), but still enjoys strong grassroots support (story here).