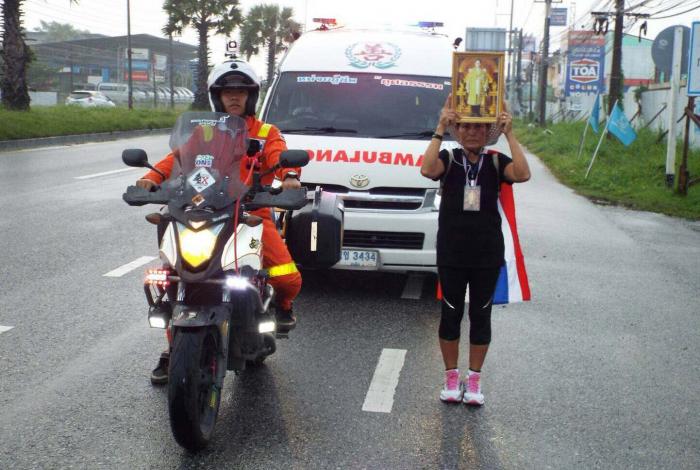 PHUKET: A Phuketian set forth on her journey to Bangkok on foot yesterday in honor of His Majesty King Bhumibol Adulyadej.

Malee Dokmai, 54, hails from Kathu and began walking early in the morning from Saphan Hin.

Armed with pink running shoes, a picture of the King and a flag of Thailand, she aims to walk over Sarasin Bridge and through Phang Nga, Krabi, Chomporn and other provinces along the way, finally reaching the Grand Palace to pay her last respects to the late Monarch Rama IX.

“This is what I can do to show my loyalty and love for the King,” said Ms Malee. “I am glad that people have shown their support by bringing food and drinks. I’m very thankful of the kind gestures.”

Ms Malee was last reported to have successfully crossed Sarasin Bridge and was about to enter Phang Nga.