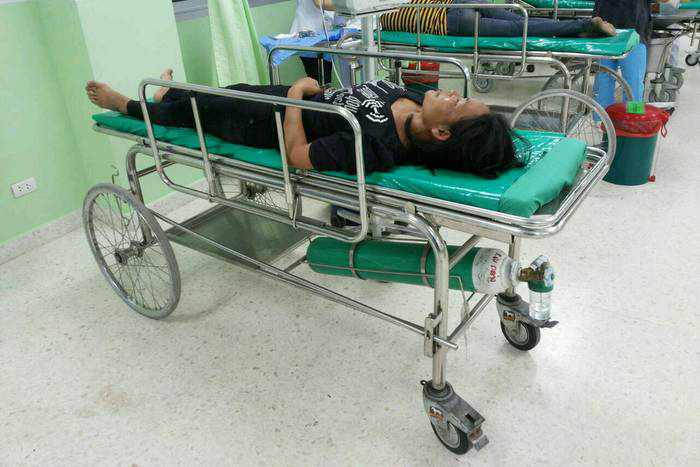 PHUKET: A Phuket woman plagued by financial woes was rushed to hospital last night after she tried to commit suicide by ingesting a lethal insecticide.

Thalang Police were called to the scene by the woman’s boyfriend, Chamnan Kornsuwan, at about 10pm, but 43 year-old Samrong Rongsab had already been rushed to Thalang Hospital by the time officers arrived.

Sen Sgt Maj Wichit Boonthip and Sgt Bhuvanart Noopinij, both of the Thalang Police, later questioned Mr Chamnan at the hospital, where they were told about the couple’s hardships.

“I think she tried to kill herself because of financial problems we were having. Before the incident, we had an argument. She told me she was going to poison herself, but I didn’t believe her,” said Mr Chamnan.

“About 10 minutes later, everything seemed to go quiet, so I went to look for her. I found her lying unconscious on the kitchen floor with a bottle of insecticide called Lannate next to her.”

Mr Chamnan told officers that he quickly called police before running to a neighbor for help.

“My neighbor pulled his truck around and we rushed her to Thalang Hospital,” Mr Chamnan said.

Ms Samrong is currently in the intensive care unit (ICU) and being closely monitored by doctors, a hospital staffer reports.

Phuket, it’s going to be a wet one