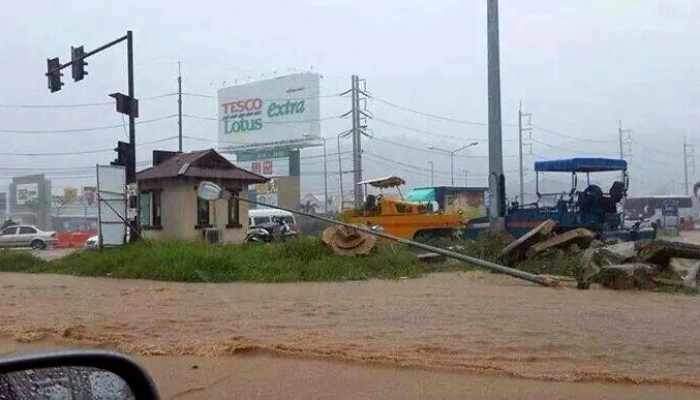 The intersection was deluged with knee-deep flood water causing long tailbacks along the by pass road.

The underpass construction site at the intersection, where excavation is already well underway, was also flooded.

However, Chalermpol Wongkiattikun, head of construction at the Tesco junction site, said that the severe southwest monsoon weather was not expected to cause delays to the project.

“We have a special drainage system that is also backed up a number of large water pumps that can drain water from the site within 24 hours,” Mr Chalermpol said.