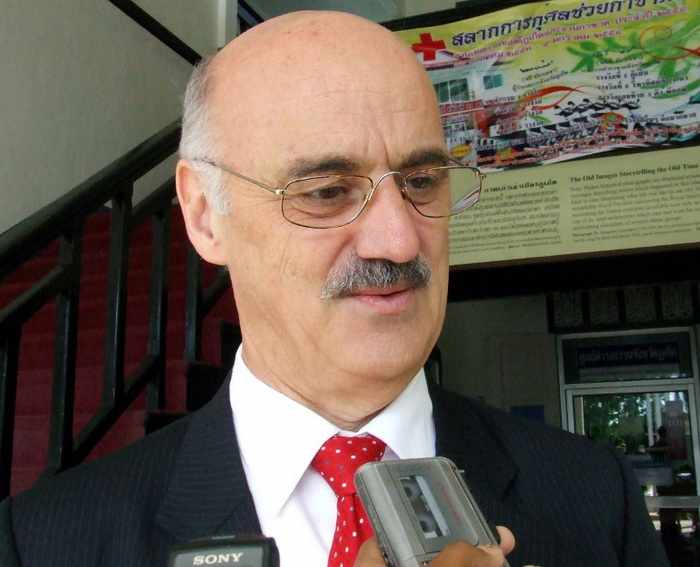 Surrogacy law ‘must be of world standard’
The Nation / Phuket Gazette

PHUKET: The Australian Government has asked Thailand to adopt international standards when it passes a surrogacy law this year.

He also said that the Australian mission in Thailand wanted to meet with the military junta as soon as possible, in order to explain that Australian couples who came to Thailand for surrogacy services did so purely so that they could have a child and had nothing to do with human trafficking or any commercial intention.

The Australian ambassador expressed support for the bill on surrogacy although he requested humanitarian treatment towards the Australians involved, according to Songsak Saicheua, director general of the Department of American and South Pacific Affairs, who met the envoy.

More than 200 Australian couples are currently waiting for the birth of children through surrogacy services in Thailand.

The legal situation in regard to commercial surrogates is currently unclear in Thailand, the Department of Foreign Affairs and Trade said.

“In particular, legal advice should be sought on the implications of any new exit requirements,” the department said.

“Thai authorities may require the child’s birth certificate, copies of the identity documents of the birth mother and intended parents, a surrogacy contract and an order from the Thai Juvenile Court confirming the surrogate gave up her rights to custody of the child.”

The updated travel warning came after reports that two Australian couples were prevented from leaving Thailand with surrogate babies on Thursday.

The same-sex couples were stopped by immigration officials at Suvarnabhumi Airport, the Australian Broadcasting Corporation said, adding that one of the couples was travelling with the surrogate mother. An American couple was also prevented from leaving with a surrogate baby in the past 24 hours, it reported.

The broadcaster said immigration authorities had been ordered by police not to allow surrogate babies to leave Thailand without a court order.

Thai authorities have been reviewing a draft law on surrogacy following the baby Gammy affair, in which a West Australian couple refused to take a twin boy from a Thai surrogate mother because he had Down’s syndrome. A high-profile case involving a Japanese man has added impetus on the need for a law to cover such services.

Australia’s Foreign Minister Julie Bishop asked Thai authorities to permit Australians who have already paid surrogacy agencies and mothers to complete their arrangements before enforcing a ban. Charnchao quoted the Australian envoy as saying that Australians came to use the surrogacy service in Thailand while the country did not have clear laws on the issue. So, he wished Thailand had clear legislation on the issue.

Charnchao said he had conveyed the concerns to the junta’s legal and justice chief General Paiboon Kumchaya and the requested meeting is expected to happen soon.

Meanwhile, police will soon raid “many more” surrogacy clinics as part of their inquiry into a case involving 15 children believed to have been fathered by Japanese national Mitsutoki Shigeta.

Police to charge contractors in deadly building collapse with negligence