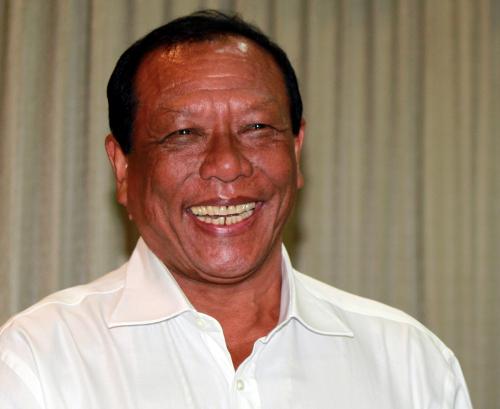 PATONG Mayor Pian Keesin has the right to run for re-election even if he is found guilty of vote fraud and the order to remove him from office is upheld, election officials have confirmed.

Action to unseat Mayor Pian began last year when the Office of the Election Commission of Thailand (EC) headquarters in Bangkok, responding to a complaint after the September 2012 election, issued an order to remove him and five other Patong officials from office for electoral fraud.

To go into effect, the order must now be filed by the EC and then supported by the Administrative Court Region 8 in Phuket Town.

As of Wednesday, the EC had yet to file the complaint, a court official confirmed to the Phuket Gazette.

“Once the court has received the complaint, Mayor Pian and the five other officials will be suspended from office, pending the outcome of the court hearing,” Dr Kittipong said.

“During the hearing, the accused will have the right to defend themselves against the allegations,” he added.

The EC in Bangkok has until September 25 to file the complaint, Dr Kittipong confirmed.

“At this stage, all we can do is wait until the EC files the complaint to the court. I simply don’t know when then that will happen,” he said.