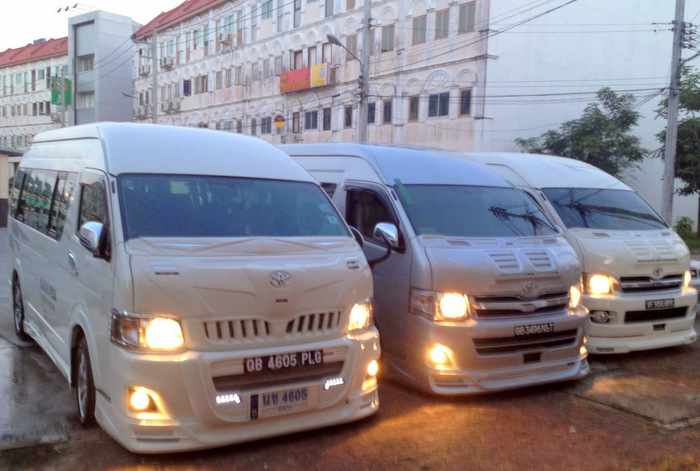 PHUKET: The ongoing crackdown on foreigners staying in Thailand by doing visa runs to re-enter the country on visa-exemption status has sparked a surge in the number of foreigners in Phuket travelling to Penang to obtain visas issued by the Royal Thai Consulate there.

Preeyapan Adithepwarangkul, owner of KBV Visa Run, told the Phuket Gazette that demand for the Penang “visa run” had grown so much that the company has chartered a full-size tour bus to conduct the run.

For years, the company relied on minivans.

“At this stage we have not cancelled any regular visa runs due to the crackdown. There has been no need to,” Ms Preeyapan said.

“The number of bookings for our visa runs has remained strong. Actually, we have had to charter tour buses to provide visa runs to Penang because we have had so many bookings lately.”

She also noted that, as KBV accepts bookings directly and via agents throughout Phuket, prospective travellers should book early.

Ms Preeyapan was adamant that all foreigners entering Thailand on the appropriate visas – and who carried with them evidence supporting their application for their respective visas – were not turned away at the Malaysian border (story here).

However, she admitted that “some nationalities” on the Thai Immigration Bureau watchlist had been denied entry to Thailand, but declined to name the nationalities concerned.

The Gazette notes that at the time of the announcement of the crackdown in May – and although the crackdown was officially due to start on August 13 – Immigration Commissioner Pharnu Kerdlarpphon confirmed that immigration officers were ordered to give special attention to Russians, South Koreans, Vietnamese and Chinese attempting to extend their stays by completing visa runs (story here).

Ms Preeyapan was surprised to hear that 33 foreigners on a KBV visa run returning from Penang on a tour bus last week were all told by the KBV “visa run leader” that they had to show 20,000 baht cash to Thai Immigration officers at the Sadao border crossing to Malaysia.

“I hadn’t heard about this and I will look into it,” Ms Preeyapan assured.

“There is no reason to show cash at the border. “If anyone is asked to do this, please let me know.”

Last month, several tour vans full of foreigners were asked to present up to 40,000 baht in cash in order to re-enter Thailand.

Lt Col Banphot Kittivira, Deputy Superintendent of the Sadao checkpoint, later explained that the incident was a “misunderstanding” and that the foreigners were eventually allowed to enter the country (story here).

Ms Preeyapan was cautious about predicting whether or not the crackdown will have a major effect on Phuket’s visa-run industry.

“It might have a greater effect in the future, but at this stage it is too early to tell,” she told the Gazette.