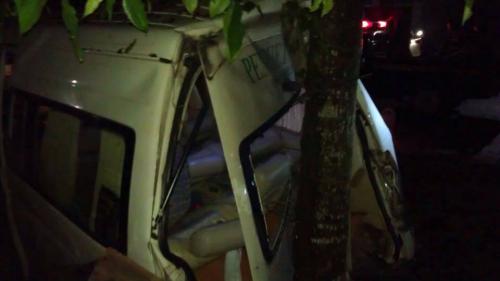 PHUKET: A Philippine national has died and an unknown number of Phuket expats were injured in a visa run van crash in Trang early Monday morning.

A representative at Phen Phet Visa Run confirmed to the Phuket Gazette today that the accident occurred in Trang province, about 300km south of Phuket, at about 2am on Monday.

The van was carrying tourists and expats to Penang, Malaysia, to obtain new visas to re-enter Thailand from the Royal Thai Consulate there.

“The road was slippery from rain and the van slid off the road. One Philippine national died in the accident,” a Phen Phet Visa Run representative said.

The visa run representative told the Gazette the victim was male, but could not confirm his age.

However, police at Si Kao District in northern Trang, told the Gazette that the victim was female.

“The case investigator is unavailable, but what I know about that accident is that there was very heavy rain that night,” Sen Sgt Maj Sarawut Thongtae.

“I was told that there was only one victim: a female from the Philippines,” he said.