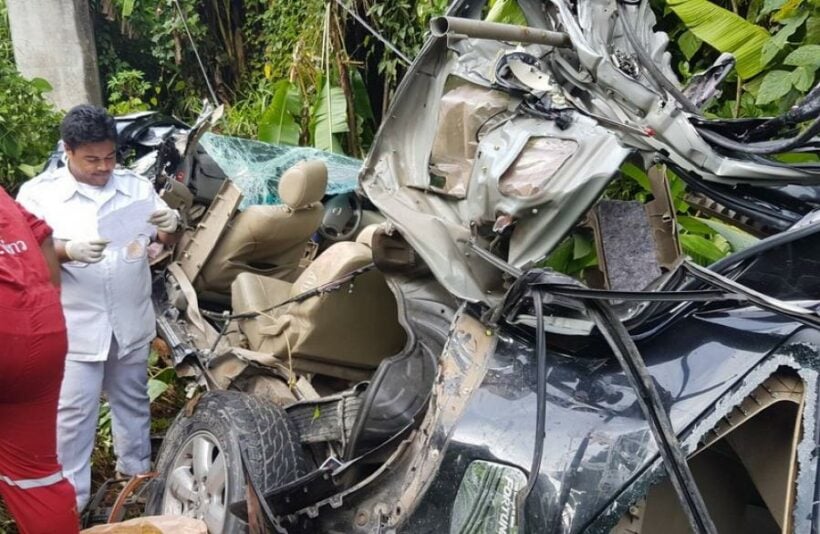 PHUKET: A taxi driver’s arm was severed in a high-speed crash early this morning after he lost control of his vehicle in a curve, crashed into an electric pole and fell into a five-meter-deep ditch at roadside.

“We received reports of an accident near Phuket International Airport at about 7am. At the scene, we found a heavily damaged black Toyota Fortuner taxi stuck in the ditch. The driver, Thawin Chaiponrit, 23, had lost his left arm and was bleeding profusely,” said Lt Thanakan Uchanarasamee of Sakoo Police.

Mr Thawin was driving two Iraqi tourists to the airport when the accident occurred.

“Rescue workers tried their best to stop Mr Thawin’s flow of blood. One of the tourists suffered serious injuries to his shoulder, arm and hand, while the other sustained only minor cuts and bruises. All three were taken to Thalang Hospital,” said Lt Thanakan.

“The road is very dangerous and we believe the driver was not familiar with it. However, we will question everyone to confirm what happened before taking further action,” he added.