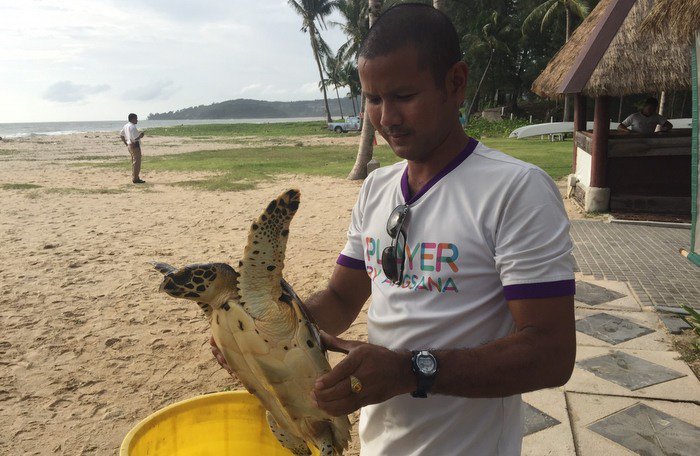 PHUKET: A tourist saved the life of a sea turtle on Lay Pang Beach by alerting lifeguards after finding it entangled in a discarded fishing net on Tuesday morning.

“We helped to cut the turtle free after the tourist told us about it,” Aknek Santrawa, a lifeguard of Angsana Laguna Phuket, told the Phuket Gazette.

The approximately one-year-old turtle had already suffered some wounds, most likely while attempting to free itself from the netting, explained Kongkiat Kittiwattanawong, head of the Phuket Marine Biological Center’s Endangered Species Unit.

“Though this particular turtle is now safe, it is necessary that fishermen are aware of the impact that they can have. They must be careful and not just toss damaged equipment into the sea,” Dr Kongkiat said.