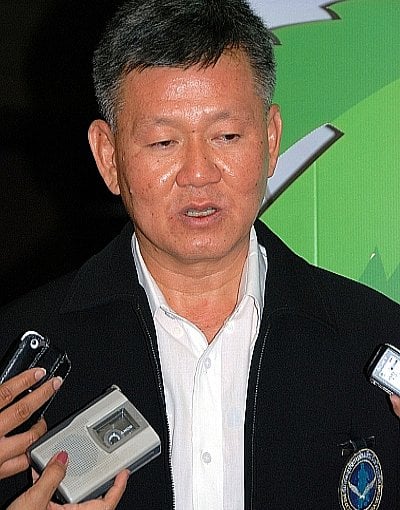 PHUKET: The Phuket Tourist Association (PTA) has asked for the cooperation of foreign governments to reduce and/or lift travel advisories and warnings issued for Thailand.

PTA President Somboon Jirayus told the press on Thursday that sensationalized images presented through foreign media have caused a decreasing number of tourists to come to Phuket.

“Flooding images in the foreign media have [negatively] affected Thailand tourism, including in Phuket,” he said, citing footage that he had seen of airplanes half-submerged at Don Mueang Airport.

“Many countries, especially in Scandinavia, have issued travel advisories for their tourists to avoid traveling to Bangkok because they misunderstand that Don Mueang Airport is the only airport in Bangkok, and [they have] assumed that flooding has affected all of Thailand,” he said.

Mr Somboon called for those countries to lower or remove their blanket travel warnings, as he insisted that the Andaman region has not been affected by the floods and is thus safe for tourists to visit.

“With the warnings, life insurance policies will not cover tourists when traveling in Thailand. This has caused tourists [from those countries] to cancel their trips to Phuket as well,” he explained.

Mr Somboon said that he and the PTA had just attended the World Travel Market 2011 held in England from November 7-11.

“In general, the European [tourist] market isn’t that busy because their economies are still flat. Therefore, tourists are more conservative about spending money for traveling. They are waiting for worthy packages and promotions,” he said.

Mr Somboon noted that Phuket’s current booking and occupancy rate is at 70 per cent. He added that he expected it to increase over the new year, mostly from last-minute bookings.

“We are now working more to keep European tourists with us, even though Russian, Korean, Chinese and Australian tourists are coming in increasing numbers in place of the decreasing number of Europeans,” he said.

Mr Somboon’s comments came at a press conference to promote the Andaman Travel Trade 2011, to be held at Phuket Rajabhat University on November 25-26.

The trade fair will host 302 tourism operators in addition to 20 media organizations from 28 countries, who will network with 160 operators representing the six Andaman provinces of Phuket, Ranong, Phang Nga, Krabi, Trang and Satun.

“For a short-term benefit [of the trade fair], foreign media will gain a correct understanding that the Andaman region – including Phuket – has not been affected by floods. In the long run, we will have trade with new markets such as South America and South Africa,” he said.

“Also, [by Phuket hosting the trade fair] local SMEs will save money by not having to go abroad on road shows,” he added.