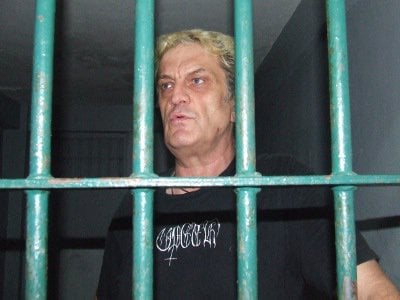 PHUKET: Former Phuket expat Paul Ridden, who earlier this week was sentenced to four years in jail for fraud and deception charges in the UK, will not face any charges for any alleged fraud committed on Phuket.

“After his arrest, some people came to the police station. They wanted their money back for the house and motorbike deposits they gave him, but Mr Ridden didn’t have any money,” said Lt Col Boonlert.

“But they didn’t file any complaints with the police that Ridden defrauded them… Anyway, it’s not even a case [for the police]. It’s a civil case. It’s not for the police,” he added.

Lt Col Boonlert confirmed that Mr Ridden was fined 5,000 baht and deported by Phuket Immigration after it was discovered that he had overstayed his permit-to-stay in Thailand.

According to a report by the BBC, Mr Ridden pleaded guilty to six counts of fraud by false representation and three of theft.

He was jailed at Lewes Crown Court for four years on each charge, said the report.

The sentences are to be served concurrently.