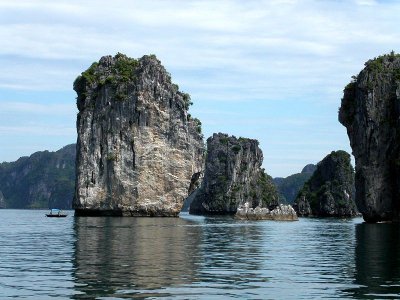 PHUKET: The Tourism Authority of Thailand (TAT) hopes the establishment of Phuket as a regional air hub will help the country attract more than 400,000 visitors from Vietnam for the first time this year.

Pichai Raktasinha, Director of the TAT office in Ho Chi Minh City, said the number of Vietnamese arrivals in Thailand has risen steadily in recent years, from about 337,000 in 2008 to 362,000 in 2009.

Thais have also shown interest in Vietnam, with about 160,000 of them visiting the country last year.

Nevertheless, Thai arrivals to Vietnam have been down over the past few months due to political and economic problems at home, he said.

AirAsia marketing manager Chuenjit Chotewittayakul said there were fewer empty seats on flights from Ho Chi Minh City to Phuket than on the return leg.

Roughly half of the inbound passengers are Vietnamese. Most of the remainder are non-Thais entering the country for business or tourism.

Flights to Phuket are fairly full on all routes except the Medan and Ho Chi Minh City services, which still need more time to gain recognition and popularity, she said.

“We will offer more flights in the future and plan to launch services to India this year. Thai AirAsia expects to service five million passengers in 2010,” she said.