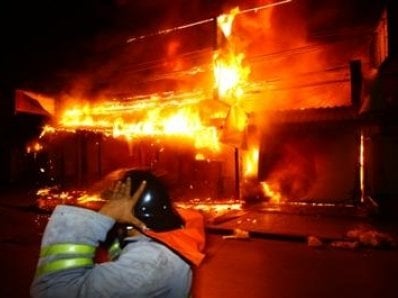 PHUKET: Patong Municipality has approved a feasibility survey for a project to bury power and telephone lines along the road at Phuket’s most popular beach.

The 8-million-baht study should take eight months to complete and work on the first phase of the project should be completed by 2013.

The road project, called Route A, will run along Patong Beach and nearby areas. It is expected to boost tourism revenue and push up the price of land.

The tangles of power lines along Thaweewong Road (beach road) are not only an eyesore, but a hazard.

Many times they hinder fire-fighters’ efforts to put out fires, many of which have broken out along the beach road over the years.

There was talk of interring the power cables as part of the post-tsunami reconstruction effort, when infrastructure along the entire beach front was damaged or destroyed.

Patong Municipality requested that the cables be installed underground as part of the Tourism Authority of Thailand’s post-tsunami redevelopment plan for the area, but the request was denied.

Since that time similar projects have been carried out in Old Phuket Town and along the beach road in Karon.