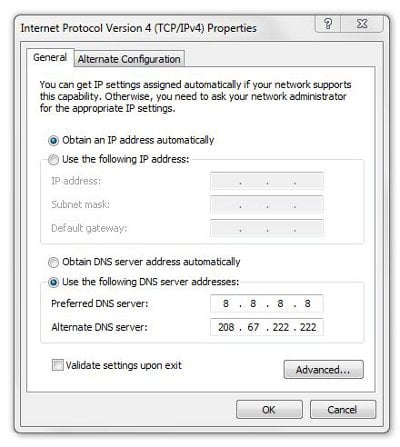 PHUKET: International internet speeds in Phuket have been surprisingly good this week, with TOT finally recovering from whatever was ailing it last week.

TOT Fiber Optic is only marginally faster than 3BB’s 12Mbps line or True’s 10Mbps line – at five times the cost. True “3G” HSPA continues to run very fast, but only on the extreme west coast of the island, and your fast account kicks out after 5GB of downloads in a month.

Twitter and Facebook are playing key supporting roles in the downfall of several Middle Eastern regimes. The power of technology – more accurately, the ability of people to use technology in powerful ways – continues to amaze me.

Microsoft shipped Windows 7 Service Pack 1, but it isn’t a big deal. Microsoft botched the update to Windows Phone 7, bricking many phones. It looks like Apple will announce iPad2 on March 2. Many Thai-language children’s nursery songs are available on YouTube.

It looks like we’ve nailed a persistent problem for many Internet users in Phuket. Two weeks ago at the Computer Clinic, a couple of people complained about an unusual combination of problems.

When they tried to go to google.com or hotmail.com, or one of a small handful of very popular sites, they either timed out, or they saw weird pages with text scattered more-or-less randomly on the screen.

If they immediately switched over to another site – just about any site – it came through fine. But if they then tried to go back to google.com or hotmail.com, they got a slow, slow response, or no response at all.

I’ve had four more people ask me about the same symptoms in the past two weeks.

David Weinraub (of papayasoft.com), Henry Habermacher and I put our heads together – working on Twitter, of all places – and finally came up with a solution. At least, I think it’s a solution. If you encounter the same symptoms, it’s well worth a try.

The six people who complained about slow-loading or broken Google and Hotmail pages all had one thing in common: they’re all using 3BB.

Putting two and two together, it’s likely that 3BB isn’t “caching” Google or Hotmail pages correctly. (“Cache” is a computer term that means “hold onto a copy of something so you can give it out quickly, without going to the original source.”)

Corrupt caches are generally caused by bad hardware, although there are some other possibilities. Most likely, 3BB has a flakey computer somewhere that’s munging up copies of Google and Hotmail, and dishing those out to 3BB customers. I have no idea if the problem is isolated to Phuket, or if it extends to all of Thailand.

The solution we found involves changing the Domain Name Server, or DNS. I wrote about this same problem four years ago, here in the Phuket Gazette. Back then, TOT had the messed up DNS. If you’ve never heard of the Internet-based phone book known as DNS, check out that article for details, www.is.gd/xNVHRS.

If you’re running Windows XP, you can follow the instructions in my old article to find the location for changing the DNS number.

Double-click Internet Protocol Version 4 (TCP/IPv4). You will see a dialog box like the one shown on this page.

Although I recommended a different DNS in my old article, I now recommend that everyone use the free Google DNS at 8.8.8.8 and the free OpenDNS server at 208.67.222.222, by filling in the boxes as indicated in the picture on this page.

Click OK, and you’ll no longer be using 3BB’s phone book, you’ll use Google’s, if it’s available, or OpenDNS’s if it isn’t.

David found that switching the DNS numbers alone didn’t always work. He then had to “flush the cache” by going to Google.com or Hotmail.com, and pressing Ctrl+F5 (this tells your PC to bypass its own cache and reach out to the server to reload the page).

He then had to “flush the DNS cache” to get the old 3BB demons completely out of his system. To flush the DNS cache in Windows, click Start, All Programs, Accessories. Right-click Command Prompt and choose Run As Administrator. Then type

And press Enter. (Note: there’s a space in front of the slash.) That will permanently take your machine off of your ISP’s Domain Name Server, and put you on DNSs that are competently maintained.

The next Phuket Computer Clinic this Sunday, from 10am to noon at the Sandwich Shoppe in Patong, will feature internationally recognized, award-winning computer author Brian Livingston.

Brian will be leading our weekly get-together with a presentation on “Making a Cell Phone Run a Monitor, Keyboard, and Mouse.”

He’s bringing a preliminary demo (not yet phone based), and looking for feedback on design, ergonomics, and marketability. If you know mobile apps, or you’re just curious about where the market is headed, be there.

We cover more than “just PCs” at the gatherings, with topics ranging from iPads to Facebook to HD television to Android phones. These gatherings are sponsored by the Phuket Gazette and Khun Woody’s Sandwich Shoppes.