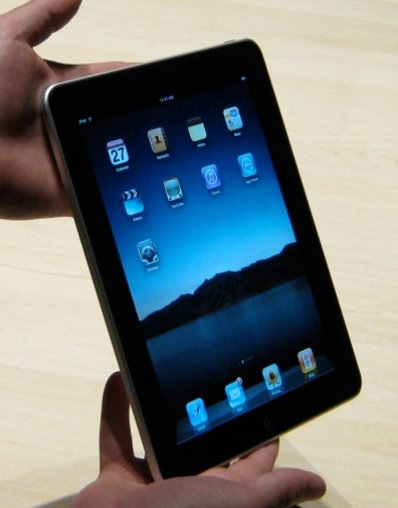 BANGKOK: The government yesterday announced a practical side to Pheu Thai Party’s election campaign promise to give free tablet computers to students throughout Thailand: They will come equipped with e-textbooks.

Education Minister Woravat Auapinyakul explained that each tablet will cost no more than 3,000 baht and have a life span of up to four years.

Presently, the government allocates between 600 and 700 baht a year for free textbooks, he said.

“We may need to spend just a bit more – but this investment is well worth it,” he added.

Mr Woravat said that these tablets could be linked to the internet and applications available to them could boost students’ potential and competitiveness. Content can be very lively, with sound, animation and colorful fonts to engage students, he said.

Funding for the tablet purchases will come out of the 2012 fiscal year budget and procurements will not take place before April or May next year, he said.

“This means we still have time to prepare things,” he said.

Tablets would gradually reduce the need for paper textbooks, which were harder to update and to revise, Mr Woravat added.

“We are going to prepare e-content for tablets. This part is not related to e-textbooks, though,” he said.

Mr Chinnapat said the use of tablets had been tested already among students in Prathom 1 to Prathom 3.

“We have found that tablets have many good points. Some software programs have allowed children to study on their own,” he added.

There are now 800,000 Prathom 1 students across the country. If the government is going to provide tablets to all, it will need a 2.4 billion-baht budget.

Education Minister Woravat said tablet models for primary students and secondary students would be different, because they had different needs.

The prominent educator, who is also a member of an education reform subcommittee, said he was worried using tablets for every subject would ruin children’s eyesight.

“It’s too much if students have to read every textbook from the tablets,” he said.

He did agree that the electronic tools might allow students to seek new knowledge via more interesting formats and use software to practice exercises.

Still, he felt Thailand was not ready for the tablet-for-all-students scheme.

“The government should study its impact carefully before full implementation,” Sompong said.

He suggested that public hearings be held first to listen to good suggestions from authorities.

“If we plan the right implementations, children will enjoy maximum benefits,” he said.

Mr Sompong pointed out that it took countries like South Korea, Japan and Finland between three and five years to prepare the use of tablets for their students.

A 26-year-old secondary school teacher in Sa Kaeo said the One Tablet Per Child policy would reduce students’ burden of carrying heavy textbooks to schools.

However, she voiced concern over students’ improper use of the tablets.

“How can a teacher make sure that all 50 students open an e-book of the subject they are studying and not other programs, especially ‘improper’ ones?” she asked.

“Now, it’s difficult to monitor when they are using mobile phones in class,” she said.

“Many students cannot read and write fluently even though they are in secondary level. I’m worried that their writing skills will get even worse,” the teacher said, adding that the tablets would be useful for students who are self-controlled.

Mr Sompong and the teacher both agreed that senior teachers, aged 45 and up, would have problems using the tablets.

“About 90 per cent of Thai teachers have never used computer tablets,” Mr Sompong said, noting that most of the Sa Kaeo teachers were older than 45.

Both urged the government to create measures to prepare teachers and students for effective use of the technological tools first.

Without preparation, they were worried the One Tablet Per Child program would cause more harm than good.

Speaking on condition of anonymity, a university lecturer said it was easy to hand out tablets but it would be hard to keep them in good working condition. “Many computers at small schools have been left out of order. No one bothers to fix them,” she said.

“Has the government thought about this problem?” she asked.

After-sale services or maintenance issues, she said, were important.

The lecturer said the government clearly had not yet prepared content for the tablets, nor trained teachers in their use.

“If the teachers don’t know how to use the devices, it’s a waste of money,” she said.

The tablets would be useful only if they had proper content and the users knew how to make the utmost use of the devices.

He said the ‘Technology for Teaching/Learning Office’ had been instructed to develop a manual about how to educate teachers on the use of tablets for teaching purposes.

“We will block students’ access to inappropriate websites too,” he said.