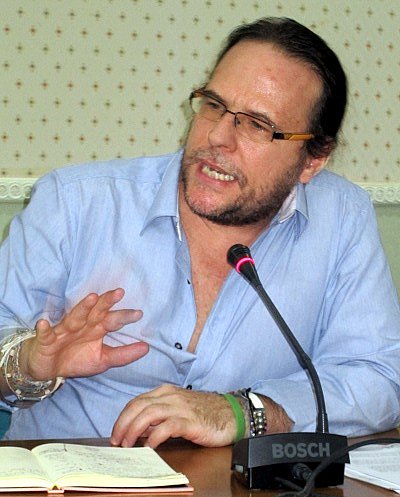 PHUKET: Phuket will stage a “World Musiq Festival” at Saphan Hin in Phuket Town from December 2 to 5 to honor the 84th birthday of HM King Bhumibol Adulyadej on December 5.

Phuket Governor Tri Augkaradacha chaired a meeting at Provincial Hall yesterday to discuss the basic details of the event.

Mr Lavelle was recently commissioned to compose the music and lyrics to be used with Phuket’s new Musical Fountain, claimed to be the largest of its kind in the country.

“This year is the biggest occasion for Thais around the world: HM King Bhumibol Adulyadej’s 84th birthday,” said Mr Lavelle.

“The Phuket Provincial Office, the OrBorJor, Phuket City Municipality, Singha Corporation, the TAT [Tourism Authority of Thailand], the PTA [Phuket Tourist Association] and the World Musiq network are honored to present the first Phuket World Musiq Festival so we can show the world that Phuket is an international hub for artists,” he added.

The festival grounds, at the popular recreational public park at Saphan Hin, will be sectioned into zones.

The main exhibition will be titled the “Father of Love” area, named and presented in honor of the Father of the Nation, HM The King.

Other key zones will be the “Best of Phuket” area and the Phuket Food Kingdom.

A “Himmapan Zone” will be set up especially for foundations and a “Wave of Love” exhibition will be on display to honor victims of the 2004 tsunami and to remember how the survivors and disaster-struck areas recovered from the catastrophe.

From 8pm to 8:30pm on December 5, all artists performing in the festival will gather on stage and pay tribute to HM The King by performing the tribute song Father of Love in unison.

OrBorJor President Paiboon pointed out that the festival will provide a different attraction for tourists to visit in addition to festivities being held in the beach towns.

“The OrBorJor and Phuket City Municipality would like to hold this big event to attract tourists from the beaches to Phuket Town. After the Musical Fountain was launched during the Vegetarian Festival, many people asked to see [fountain] performances every day. It has been a success,” he said.

Governor Tri voiced his support for the music festival.

“Phuket holds Father’s Day celebrations every year, but this year we will have a bigger event,” he said.

“I think this will be great, having many musical bands from Thailand and from other countries. I will be supporting the event for our beloved Majesty The King,” he added.

The governor did have one suggestion: “As the stage will be set up for four days with many artists performing there, I suggest that the photo exhibition for His Majesty be held at the main stage because this whole event is for HM The King,” he said.

Gov Tri added that the schedule of events for the festival should be finalized by early November.

To read an official synopsis of the musical works of HM King Bhumibol, click here.

Rains, landslides cause B100mn in damage to Phuket roads