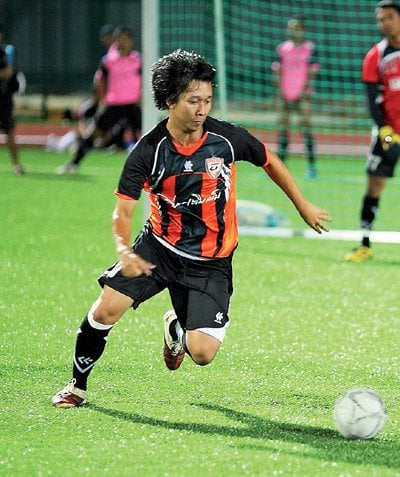 The Division One matches were kicked off by Ultraman looking to keep the pressure on the league leaders TSLC with a positive result against SGS. A goal for Ultraman in the first two minutes of the match got them off to a great start. But SGS gained a foothold and as a result more possession leading to increased confidence on the ball. With limited control on the game, Ultraman couldn’t find a way through for another score and were eventually caught out by a well worked SGS goal with 10 minutes remaining in the game. Both teams then pushed for a winner, but came up short. Ultraman v SGS: 1-1

The Island Boys team were next on the pitch and faced leaders TSLC. Down on player numbers, Island Boys were unable to use substitutes and a goal scoring frenzy looked on the cards. Despite their limited squad, the Island Boys showed great enthusiasm and determination on the field, working hard for each other affording TSLC only a narrow 2-1 lead at half-time.

It looked as if Island Boys had a chance at snatching point, but with five minutes remaining TSLC scored a third goal that seemed to dampen the Island Boys’ spirits. Two more quick goals for TSLC and a late back heeled consolation score for the Island Boys brought an end to the proceedings. Island Boys v TSLC: 2-5.