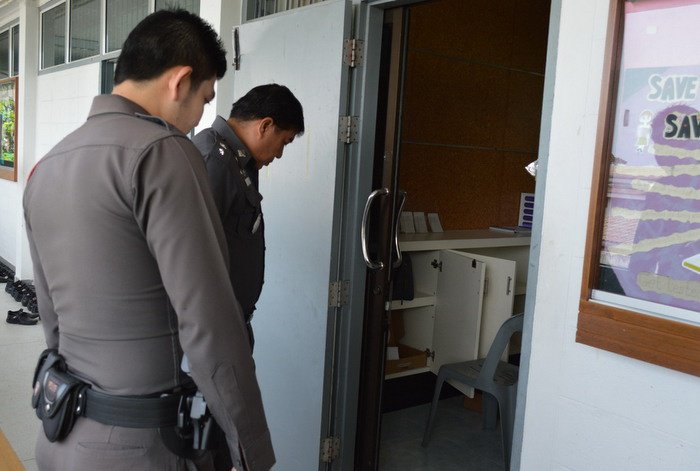 PHUKET: Police are hunting for a criminal or criminals who swiped 240,000 baht worth of laptops* from Satree Phuket School’s science math center this weekend.

“We received the report at 8:30am today when a school employee opened up the center after it was closed for the weekend,” Phuket City Police Deputy Superintendent Chao Phomna told the Phuket Gazette.

In addition to the 10 stolen laptops, a video converter was stolen.

“Forensic Police have been contacted to collect finger prints from the room. Meanwhile, we are reviewing CCTV footage to determine the number of suspects and possibly identify them,” Col Chao said.

*The original report stated the items stolen as tablets.

Raceweek comes to an end