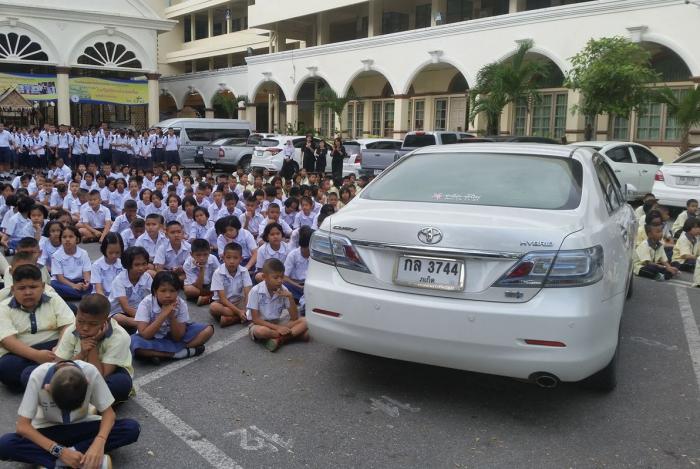 PHUKET: A picture of a car parked in the middle of a school assembly in Phuket is making the rounds on the internet this morning.

The Facebook post was originally shared by Pairat Kamliang, deputy director of Baan Samkong Municipality School, asking the public to help locate the owner of the car, which is a Toyota Camry Hybrid.

Mr Pairat mentioned in his post that the car had been parked in the school playground since 8pm yesterday, and that the owner should just “take it”.

The students had to sit ‘around’ the car to attend an otherwise organized morning assembly.