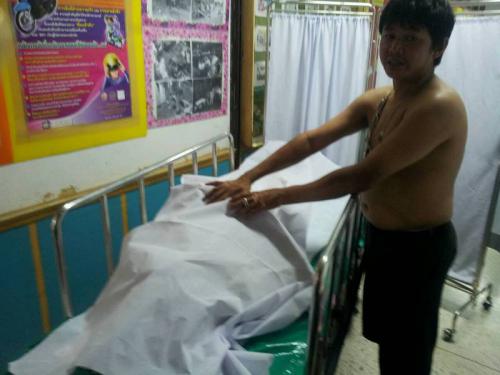 PHUKET: A Phuket rubber farmer was struck and killed by a falling tree branch while tapping his trees early yesterday morning in Thalang.

“I was waiting to have lunch with him, but he didn’t come back. At 3pm, I went out to look for him,” Mrs Pranom said.

She found her husband’s body lying among the trees with injuries to his skull, nose and legs. A large tree branch lay nearby.

“We believe he had been dead for about five hours when she found him,” said Lt Suporn Muangkhai of the Thalang Police.

Mr Jaroon’s body was taken to Thalang Hospital to confirm cause of death.