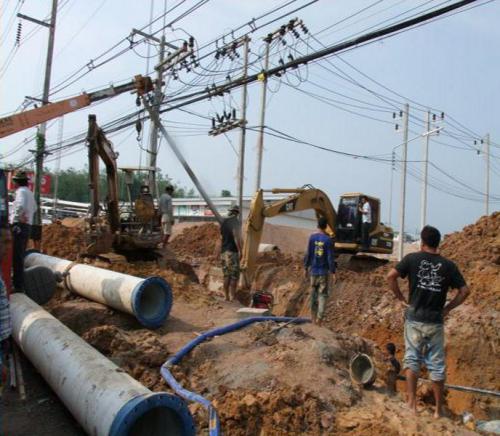 PHUKET: Water supply was suspended in parts of Phuket today for the Phuket Provincial Waterworks Authority (PWA) to carry out maintenance work.

“We stopped the water supply along the Tha Rua-Muang Mai Road in Pa Khlok. Residences in that area were affected,” PWA officer Sasivimol Sangprakong said.

The water was shut off to fix a burst main in front of the Thalang National Museum.

Water supply in parts of Wichit will be suspended on November 18.

“We will stop the water supply from the Pinang bedding shop on Chao Fa West Road to Thep Anusorn Road,” Ms Sasivimol said.

“Residences in Phuket Villa Suan Luang, Soi Nasurah and along Chao Fa West Road will be affected,” she said.

Water supplies will be cut at 8am, and returned to normal by the end of the day.

“We advise those in the affected areas to set aside water for any use during the stoppage,” Ms Sasivimol said.