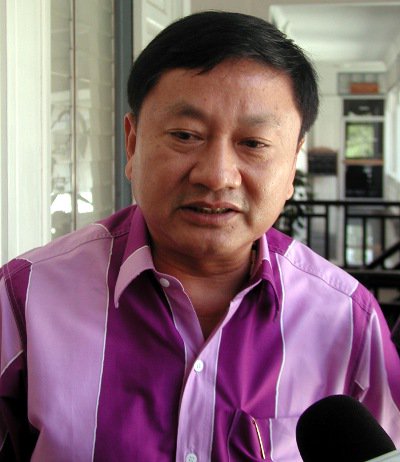 PHUKET: Phuket Governor Tri Augkaradacha has asked police to step up security at hotels with foreign guests throughout the island in the wake of the US embassy’s issuance of a terror warning to American citizens on Friday.

The British embassy in Bangkok followed on Saturday by stepping up its terror warning for certain areas in Thailand.

“Phuket has thankfully not yet suffered any acts of terrorism, but we are not ignoring the current situation in Bangkok because Phuket has a lot of western tourists. If anything serious happened in Phuket, it would definitely affect our tourism,” he said.

Governor Tri explained that he assigned Phuket Provincial Police Commander Maj Gen Chonasit Wattanavrangku to coordinate with the superintendents of all police stations in Phuket to ensure anti-terrorist measures were being taken.

“I have suggested to police to possibly set up checkpoints across the island or to check on hotels in Patong where US citizens or Europeans are staying.

“I have also asked hotel owners to closely monitor any unusual activity [in their hotels] during this time,” he added.

The British embassy in its release quoted the American warning, and added, “We therefore advise visitors to exercise vigilance and keep abreast of local security advice and media reports.

“There is a high threat of terrorism. Bomb and grenade attacks have been indiscriminate, including in places visited by expatriates and foreign travellers. Sporadic attacks continue in Bangkok and Chiang Mai.

“There were reports that bombs were defused in three locations on the outskirts of east Bangkok on 16 December 2011, and there was a bomb scare in the Phra Nakon area of Bangkok on 6 December 2011.

“Ae Inside’ murder: Phuket police refute need for outside help