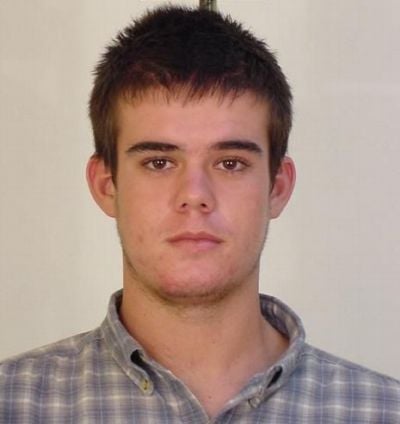 PHUKET: Dutchman Joran Van der Sloot, wanted for questioning in Thailand for suspected sex trafficking, was sentenced to 28 years in a Peruvian prison on Friday for the murder of a young woman he met at a casino in Lima, prosecutors said.

Van der Sloot was also once sought by police in Aruba for the disappearance of American teenage tourist Natalee Holloway.

Van der Sloot, 24, during the lengthy reading of the verdict in Lima on Friday appeared to be nervous, confused, sweating and in disbelief as he wiped away tears.

Natalee Holloway went missing on May 30, 2005, during a high school graduation trip to Aruba. Despite international media attention, her body was never found and a court in the United States ruled her legally dead on Thursday.

Exactly 5 years after Holloway’s disappearance, on May 30, 2010, Van der Sloot, after setting up shop in Bangkok for a few months, moved on to Peru where he took 21-year-old Peruvian woman Stephany Tatiana Flores to his Lima hotel room after meeting her at a local casino. She was found there several days later, strangled to death.

Van der Sloot was eventually arrested in Chile and deported back to Peru for trial.

The court in Peru sentenced him on Friday to 28 years in prison and ordered his deportation after completion of his prison time on June 10, 2038.

Van der Sloot earlier pled guilty to killing Flores after she apparently looked at his laptop and found out that he was linked to the disappearance of Holloway. Although Van der Sloot said he was sorry for what had happened, the three judges did not believe his apology was sincere.

His lawyer said he would appeal the sentence.

After Van der Sloot is released in 2038, he could face deportation to the United States where a warrant for his arrest was issued in 2010 after he allegedly tried to extort $250,000 from Natalee Holloway’s mother in exchange for the location of her remains and the circumstances surrounding her death.

During his stay in Bangkok in 2008, police, in addition suspecting Van Der Sloot of sex trafficking, also wanted to question him over the disappearance of several young Thai women.

There was no indication that he had operated in Phuket, or that any of the missing women had disappeared from Phuket.