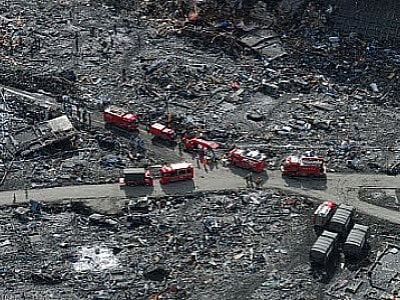 PHUKET: The official Phuket relief fund for Japan as of noon today had amassed 2,204,332.92 baht in donations to provide relief for those still suffering from the ongoing effects of the earthquake and tsunami that struck the main island of Honshu on March 11.

The figure represents all donations made in person at the Phuket Tsunami Relief Center for Japan, set up at Provincial Hall, or deposited into the relief fund bank account controlled by the Phuket Provincial Comptroller General’s Office.

Although the center stopped receiving donations at noon today, Governor Tri Augkaradacha announced this afternoon that donations will continue to be accepted in the bank account until April 10.

“The Phuket Provincial Office will join many other companies and organizations that will hold a ‘Walking Street” on Thalang Road [in Phuket Town] on April 9 and 10 for one last push to raise donations,” said the governor.

Gov Tri was scheduled to meet organizers for the event this afternoon to firm up details.

“I expect the least we will be able to raise is 10 million baht.” he said.

Earth Hour Phuket: The hour of darkness is upon us