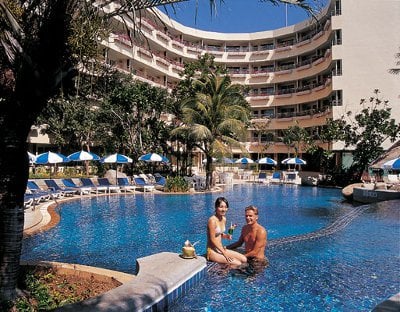 PHUKET: Phuket will join the rest of the world in marking Earth Hour 2011 when the lights on the iconic Royal Paradise Hotel in Patong are switched off for one hour tonight, starting at 8:30pm.

People and organizations throughout the island will be taking part, joining an estimated one billion people from 131 countries on the planet.

Those in Phuket joining the festivities at the St Patrick’s Day Ball tonight at the Movenpick Resort and Spa in Karon will be left in the dark, but only for the hour as the resort switches off non-essential lights to observe the global event.

Up at the Laguna resort complex in Cherng Talay, the Sheraton Grande Laguna Phuket will be doing its part.

“In our continuous efforts to promote sustainable development and tourism, we are proud of the commitment of all ambassadors of Sheraton Grande Laguna Phuket to Earth Hour 2011 and would like to encourage you to join us in this initiative,” said General Manager Klaus Christandl.

“This year will mark Starwood’s third annual participation in Earth Hour, making it one of the biggest worldwide companies to make a global statement with a voluntary hour of darkness.”

Back in Patong, the Absolute Group will joining its offices worldwide in switching off for the hour.

Absolute are involved in several large-scale projects on the island, including a 750 million baht Absolute Twin Sands Spa and Resort to be built on Tri Trang Beach south of Patong.

Meanwhile, smaller businesses on Phuket have been offering incentives for local residents to go ‘green’.

Delish Cafe at Fisherman Way Business Garden on Wiset Rd in Rawai posted on the Earth Hour Phuket Facebook page: “We are offering a free cupcake in-store to every paying customer who shows proof of purchase (packet/carton) of an energy-saving light bulb. Maximum one cup-cake per customer.”

The offer closes at 6pm tonight.

Phuket is one of eight provinces officially taking part in Earth Hour this year.

After the Earth Hour is over, a representative from the Phuket Provincial Electricity Authority will announce how much power was saved islandwide over the hour.

For more details about Earth Hour in Phuket, see EarthHourPhuket.com