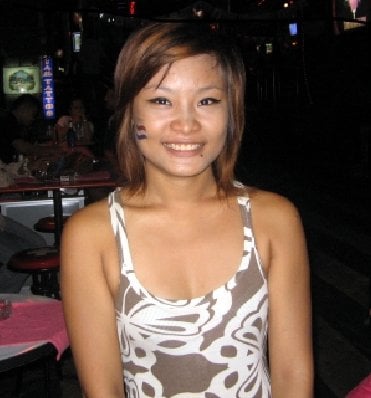 PHUKET: Like the rest of Thailand, Phuket is prey to the quadrennial month-long madness known as ‘World Cup Fever’. This year, owing to the peculiar string of upsets resulting in early elimination of such favorites as France, England, Italy, Brazil, and Argentina, at least one bookie is reporting drastically reduced business.

Sale of football jerseys, meanwhile, are up.

The bookie says wagers are off this week, not only for bets on football but for the daily underground lottery based on the Stock Exchange of Thailand’s closing tally:

“Everybody’s lost,” she said. “Sales are way, way down. It’s disastrous – no one has money left to buy ‘huay‘ (lottery tickets). The ‘jao meu‘ have cleaned up.”

“Jao meu” (literally, the “hand gods”) are the deep-pocket investors who organize and back the underground gambling system, taking any bet and paying off according to a common formula, one that encourages increased risk.

“Thai bookies have a funny system. It’s completely crazy, but I like it,” said a foreign punter who bet nearly every game in the tournament until being ruined by the successive collapses of Brazil and Argentina.

“The bookies give odds on the final score, say, 3-1. If my team is favored and makes its three goals, they pay off 800 baht per thousand – so I get my thousand back and make 800.

“But if my team makes fewer goals than the odds-makers say they should, the bookie takes 500 from me – so although my team has won, I lose half my bet; if my team scores no goals I lose it all, even in a draw.

As a result, he took Germany over Spain, though he suspected Spain was the better team. He was right: Germany lost, 1-0 – and he was out 2,000 baht.

Regulation play, and play in overtime, are two more variables the bettor must consider: “I bet on Uruguay over Ghana,” he lamented, “and they won. I should have taken home 2,000 baht. But the score was tied at the end of regulation play, thus I lost 2,000. If you’re going to win in overtime, it’s a separate bet.”

As a result, sales of cheap instant noodles are strong at convenience shops and most bars have experienced a notable drop-off in business as people watch the remaining games at home to conserve money.

But every cloud has its silver lining: interest in the tournament remains strong.

Readers may have noticed numbers of people from all walks of life with their favorite team’s national flag imprinted on a cheek; and a report in the local Thai press quotes the owner of a sports clothing shop in Phuket Town who says sales of football jerseys bearing team logos have doubled. Even housewives – as well as children and teenagers – are coming in to buy.

German team jerseys, he said, were the hot sellers – until their loss to Spain last night.

Worldwide, clothing maker Adidas today is reporting a 50% increase in jersey sales during the Cup.

The tournament continues Saturday, with the game for third place between Germany and Uruguay, and finishes Sunday when Netherlands and Spain will compete for the championship. The former has never won; the latter has never made it to the final round.

“This tournament has been completely crazy,” said the punter, using a favorite expression while sipping cheap whiskey. “Nobody can predict what’s going to happen.”

But that doesn’t stop them from trying. A quick glance at on-line gaming websites abroad indicates that the Spanish side is emerging as the favorite.