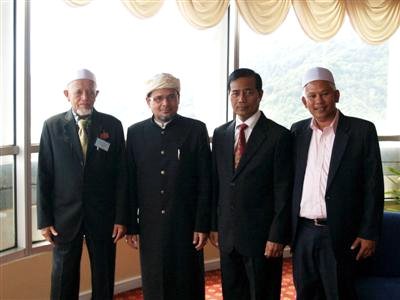 Among the issues to be discussed and agreed upon are the precise fasting times each day over the one-month Ramadan celebrations. Determined by the position of the moon, these vary from locale to locale.

This year’s Muslim Holy Month runs from August 11 to September 9.

Also on the agenda will be talks aimed at informing Islamic leaders about government policies that affect Muslim people and discussing ways of strengthening relations between the government and Muslim communities.

The decision to hold this year’s meeting in Phuket came at last year’s meeting, at which time it was also decided to conduct a survey of the Muslim people’s way of life here in Phuket.

Produced by Mr Thavorn and his staff, Mali tells the story about Muslim culture and way of life in the southern region through the eyes of a little girl of the same name.

Mr Thavorn is responsible for security matters in the Muslim majority Deep South, which comprises Pattani, Yala and Narathiwat provinces and a few districts in neighboring Songkhla province.

The book is aimed at breaking down misconceptions among Muslims and non-Muslims, both in the South and elsewhere in Thailand, he said.

The book will be freely distributed through schools and other organizations nationwide, he added.