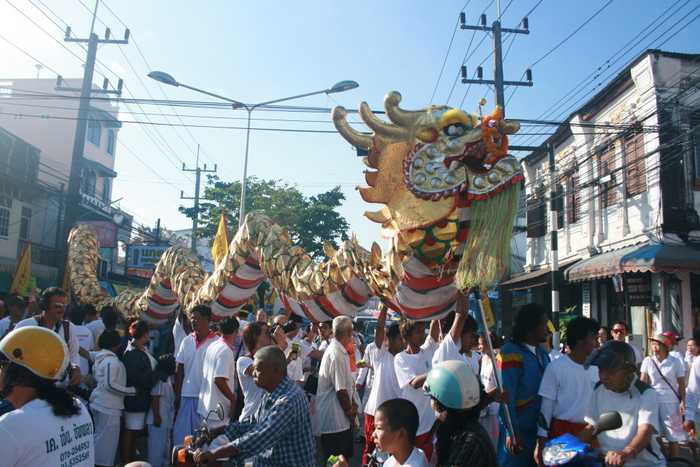 PHUKET: Yellow and red flags are popping up around the island ahead of the world-renowned Phuket Vegetarian Festival, which will kick off on September 24 at shrines across the island.

The much anticipated annual festival, which will run until October 2, will begin with a ceremonial raising of go teng poles to allow the Jade Emperor and the Nine Emperor Gods to descend to our earthly realm.

The nine-day event attracts thousands of visitors to Phuket to witness the festivities, which include fire-walking, bladed-ladder climbing, hundreds of stalls fully stocked with vegan foods and processions at locations across the island.

On the last day of the festival, all participating shrines stage street processions to Saphan Hin between 11:45pm and midnight to bid the gods a “Grand Farewell” before they are sent heavenward.

The final processions are renowned for the large number of firecrackers set alight by devotees and revelers as the processions pass by.

This year, for this first time in the history of the festival, Phuket will host two Vegetarian Festivals, as an intercalary month, or leap month, falls in the ninth month of the Chinese calendar (story here).

An official schedule for the second Vegetarian Festival, which will run from October 24 to November 1, has yet to be released, but several shrines on the island will honor the festival with a second round of commemorations.

10 Rules for the Vegetarian Festivals

The schedule for street processions by Chinese Shrines from September 24 is as follows: