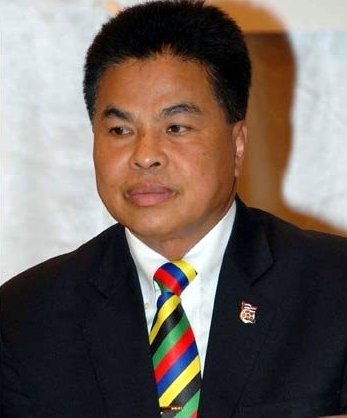 PHUKET: Organizers of the 4th Asian Beach Games (ABG), to be held in Phuket in November 2014, met in Phuket earlier this month to finalize various arrangements and express confidence that the island could successfully host the 16 or 17 core competitions that will make up the event.

The ABG is being organized by the various committees of the Olympic Council of Asia (OCA), the leaders of which met at the Royal Phuket City Hotel on April 14 for the first of two planning events in Phuket scheduled for this month.

Greeting the committee members on the Thai side was Ministry of Tourism and Sports Permanent Secretary Sombat Kuruphan.

Mr Sombat said the 4th ABG would be a great boost not only to the sporting culture in Phuket, but also for local tourism.

OCA Director General Husain Al-Musallam, from Kuwait, said the ABG had grown in stature and received great appreciation and support all around the world. Other continents, including the Americas, are following in the footsteps of OCA to organize international beach game competitions.

The Kuwaiti, who also heads the OCA technical committee, said he had confidence in Phuket and thought the island would have “no problem at all” in hosting the event.

All events will take place at Patong and Karon beaches.

All decisions regarding the schedule of events, mascot, slogan and other factors must be agreed upon at a general meeting of the OCA board.