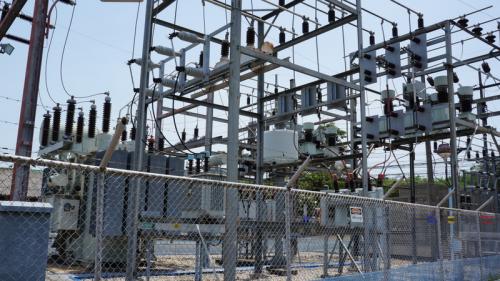 PHUKET: Phuket’s electrical supply will remain unaffected from today through April 14 while Myanmar shuts down its natural gas fields to fix drilling rigs, the chief of the Phuket Provincial Electricity Authority (PPEA) has assured.

“Phuket uses about 380 Megawatts of electricity per day from the national grid. I have been approved a reserve of up to 400MW a day, which means the electrical supply for the entire island will remain unaffected,” PPEA chief Somchai Kureapat explained.

“This will be a serious blow as Thailand has already been losing daily access to 270 million cubic feet of natural gas through the Thai-Malaysian gas pipeline, which was accidentally hit and damaged late last year,” he said.

“Without natural gas supply from these two sources, the country’s power-generation capacity will drop by 4,100MW of electricity per day,” he pointed out.

He said his ministry now planned to revive dormant power plants that relied on other sources of energy to cope with the loss of natural-gas supply.

However, Mr Pongsak said there was a risk the move would not ensure adequate supply of electricity. “Power consumption in Thailand soars high when April arrives,” he noted.

Last year, power consumption peaked on April 25 at a record 25,682MW, according to the Electricity Generating Authority of Thailand, as the temperature soared to 38.4C.

Although the mains supply reserve for Phuket is good news for local residents and businesses, PPEA chief Somchai urged people to be considerate and to conserve energy whenever possible.

“Even though we have backup plans for the electricity supply and will not be affected by any electricity shortages, I urge everyone to save energy. It’s a good habit,” Mr Somchai said.