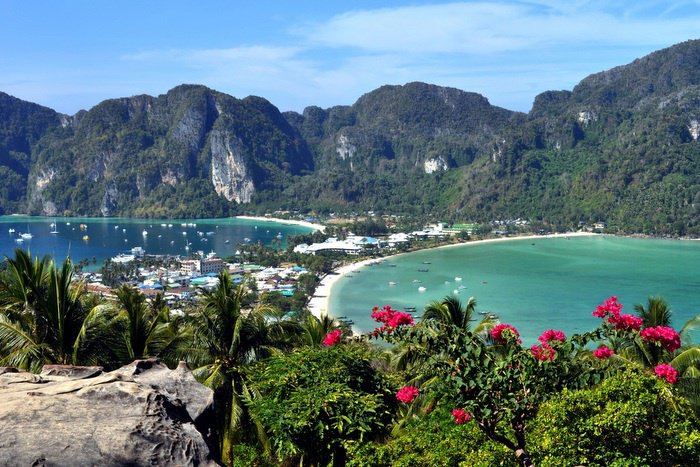 PHUKET: A major leap forward has been taken to bring Koh Phi Phi rapists to justice, following concerns raised by the Norwegian Honorary Consul regarding jurisdiction issues which led to island rape cases failing to be fully investigated.

“We want to see police treat rape as a serious crime. We want police to bring rapists to justice. We want to ensure that police are determining whether or not an alleged victim was sexually assaulted. We want police to pursue every rape case to an end,” said Royal Norwegian Honorary Consul Pornphan Sittichaivijit.

Ms Pornphan raised the issue at a consular meeting with the Phuket Governor on Tuesday. She pointed out that rape victims were often brought from Koh Phi Phi, which is in Krabi, to Phuket’s superior hospitals for medical reasons.

Beyond personal trauma of the events, the first bureaucratic hurdle for a victim who wants to file a complaint against her assailant is having to return to Krabi to do so.

“Though I am new to Phuket, I am aware of this issue,” said Col Jakkra Saowakon, head of Phuket Provincial Police Investigations. “Our old policy of receiving a criminal complaint made it necessary for the incident to be reported to local police, who would have jurisdiction.”

However, that is no longer the case. Though an order was issued in 2013 to address this issue, it is possible that most police officers were unaware of it, Col Jakkra noted.

“I can guarantee that from this point forward we will take the necessary steps to clear such bureaucratic red tape and expedite the investigation in order to swiftly deliver justice,” Col Jakkra said.

“If a victim is taken to Vachira Phuket Hospital or any other Phuket hospital for a physical examination, the Krabi Police will come to take the victim’s statement and gather any other evidence necessary.

“If Krabi police can’t arrive before the victim flies out, Phuket police will step in and move the investigation forward.”

Ms Pornphan confessed that she was unaware of the number of reported, and unreported, sexual assault cases on Phi Phi, but a single case brought to her office last year highlighted the bureaucratic obstruction to justice.

“I am very impressed with how quickly and appropriately the Phuket police have responded to my concerns,” Ms Pornphan told the Phuket Gazette in an exclusive interview on Wednesday.

“I glad to see such a positive development and the promise of better co-ordination between the two police forces in finding justice for rape victims – it was shocking to see how quickly they turned their backs on the victim last year, simply due to the crime having happened outside of their jurisdiction.

“Who knows how many young travellers returned home after violent sexual assaults without having first filed a complaint and brought criminals to justice simply due to the limited time in Thailand they had available to them following the attack.”