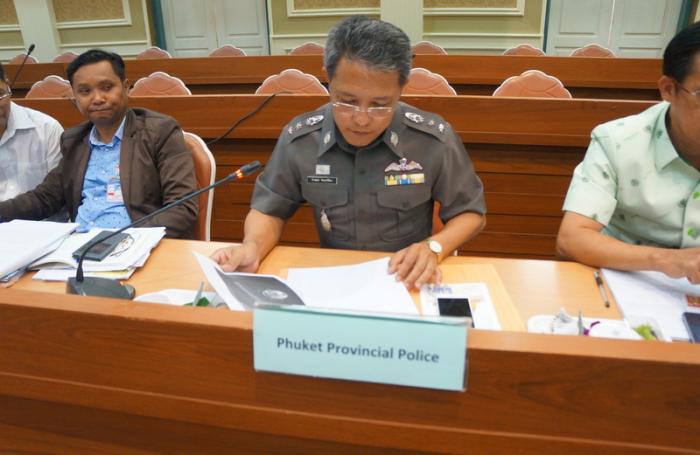 PHUKET: Police have banned parking during rush hour in a number of locations on the island in order to decrease traffic congestion.

“Vehicles won’t be allowed to park along Thepkrasattri Road near the Heroines’ Monument or the Koh Kaew Intersection, as well as along the bypass road, Chao Fa East Road and Chao Fa West Road from 7am-9am and 4pm-7pm,” explained Phuket Provincial Police Deputy Commander Werawat Chantarawijit on Wednesday.

“Thepkrasattri Road is the main road connecting the airport with other major destinations in Phuket, such as the beaches and Phuket Town.”

Col Werawat confirmed to the Phuket Gazette that officers have begun enforcing the ‘no parking’ regulations, but are continuing to face difficulties with local vendors in the area.

“We propose to have traffic going one way [southbound] from the intersection turning into Rassada Road to Komarapat Road T-junction [at the Honda showroom],” he explained.

“We are also looking to turn Yaowarat Road – between Suriyadet Circle and the intersection leading toward Vachira Phuket Hospital – into northbound, one-way traffic.”

The plan has yet to be approved.

A Decade Ago: Tsunami heroes, safe-sex battles and deadly roads

Phuket Gateway to get some much-needed love