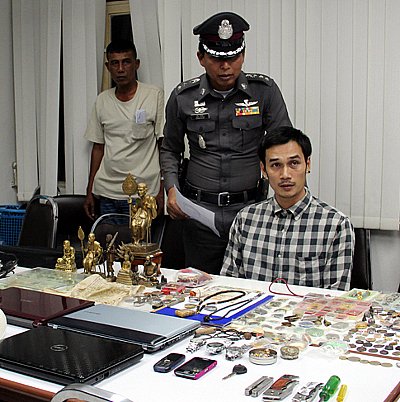 It was just the latest burglary in a string of similar thefts, Col Chote said.

Ms Saengduan, 39, reported to police on Tuesday that her room at Somboon Apartments was burglarized.

Mr Eakkat was charged with burglary after police compiled evidence from his apartment and CCTV footage.

“Eakkat confessed that he drove to Ms Saengduan’s apartment by motorbike and stole her things,” said Col Chote.

Phuket Town residents who think they might also have been victimized by Mr Eakkat should call Phuket City Police to reclaim their property.