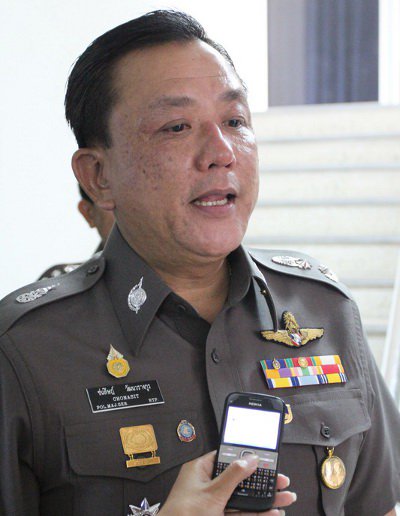 Chonasit Wattanavrangkul, whose last assignment was as Songkhla Provincial Police Commander, took over the position from Maj Gen Pekad Tantipong in the latest police reshuffle announced on Christmas Day.

Maj Gen Pekad was transferred to Bangkok, where he will serve as commander of the Legal Affairs and Litigation Division.

Representatives from all police units on the island were on hand at Phuket Provincial Police Headquarters yesterday to greet their new boss upon arrival.

“I will use my position to do my best to serve the public. During the New Year festivity period we will strictly enforce public safety regulations, because a lot of tourists are coming to Phuket for the holidays,” he said.

A crackdown on the illegal sale of alcohol, carrying of firearms and operation of nightlife venues after authorized hours will run through January 5, he said.