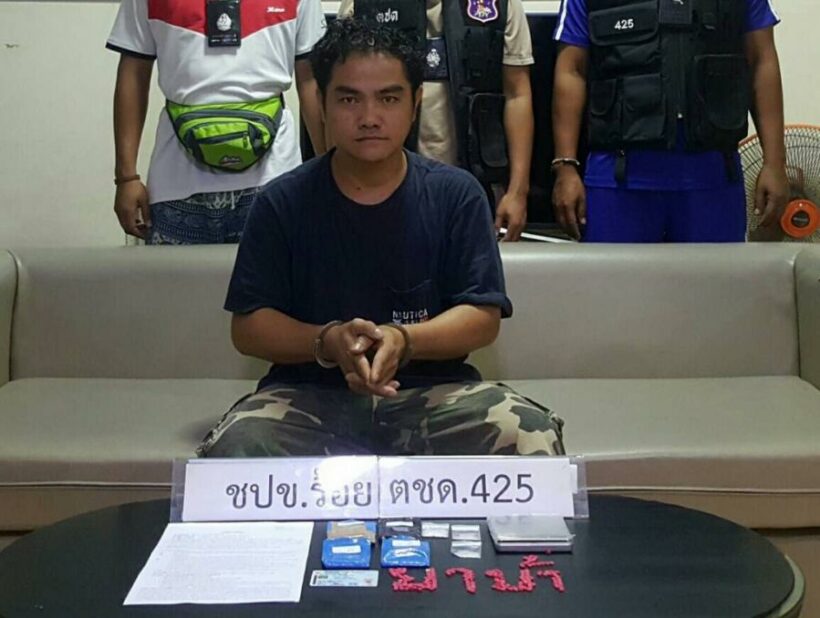 PHUKET: A man from Sukhothai has been apprehended and charged with selling drugs to teenagers in Phuket. The arrest of Nawareuk Lekam, 35, was announced yesterday by Capt Amphon Samorthai of the border patrol police.

The arrest occurred in front of a shop on Phuket’s Pattana Rd on June 15.

“We learned from local police patrols that Mr Nawareuk had for some time been suspected of selling drugs to kids in Taladnua subdistrict. In the arrest, we found a package of ice (ya ice) and amphetamines (yah ba), a total of 100 capsules,” said Capt Amphon.

When Phuket City police went to investigate his rented house on Soi Tonpoh, off Phuket Rd, they found two more packages of ice and two more of amphetamines, along with some digital weighing scales.

“Mr Nawareuk admitted to the crime, saying that he procured the drugs from a ‘friend’ in Chiangmai. He told us he knew the seller only as ‘Mr Krit’,” Capt Amphon said.

He was charged by Phuket City police with possession of category 1 drugs with intent to sell.

Cause of Phuket volunteer diver’s death continues under investigation

Half a million baht worth of goods confiscated in Phuket raid