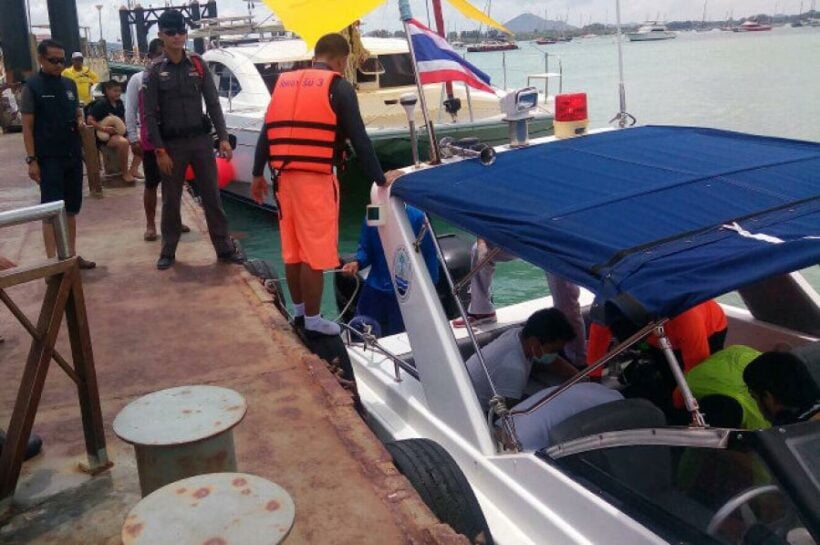 PHUKET: A volunteer diver died on duty while planting coral off Racha Yai island yesterday. Police are not sure about the cause of her death but are looking into personal health issues and the possibility that her tank ran out of air.

The diver, Lakkana Sakunpong, 40, was on a volunteer job arranged by the Department of Marine and Coastal Resources to set up buoys and install more coral in Khon Khae Bay.

“According to other participants in the project, it was just before noon when a group of divers went down into the water and everything was normal. Then suddenly Ms Lakkana gave a sign to the others that her tank was running out of air and asked for help to take her back up to the boat,” said Capt Somkiet Sarasit of Chalong police.

“When arriving on the boat, she was normal at first. She then swam over to another boat nearby and suddenly fell unconscious in the water,” he added.

Other divers helped her up onto the boat, administered CPR, and put her on oxygen all the way from Koh Racha to Chalong Pier.

Arriving at the pier, she was rushed to Chalong hospital for treatment. However, the doctors could not save her and she was pronounced dead.

“The body was later taken to Vachira Phuket hospital for further examination to determine the cause of death,” said Capt Somkiet.