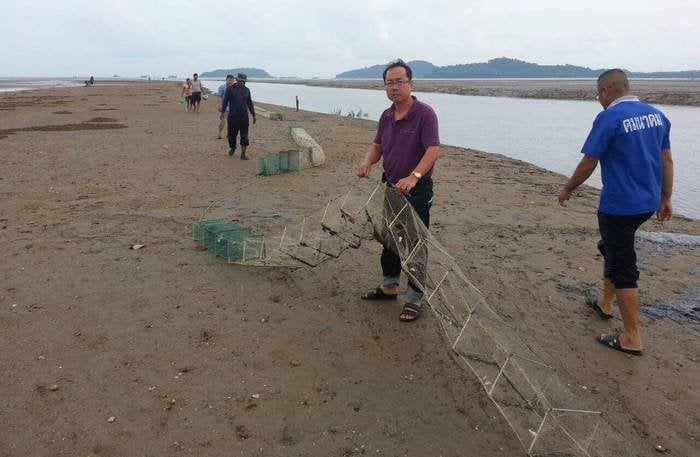 PHUKET: Police are searching for the owner, or owners, of illegal fishing equipment found at Bang Yai Canal in Phuket Town yesterday.

Ai ngo is one of four types of fishing gear made illegal by the National Council of Peace and Order. The others are push nets, generator-powered anchovy purse seines and ‘Pong Pang‘ stow nets.

“We found the equipment, with small dead fish inside, lying along the canal during our patrol.

“We believe that there is more than one person involved, as there was too much gear for one person to be able to take care of.”

No one in the area was able to tell police who the equipment belonged to.

“We seized the equipment. The Phuket City Police will now carry on with the investigation to find the owner,” Col Panya said.