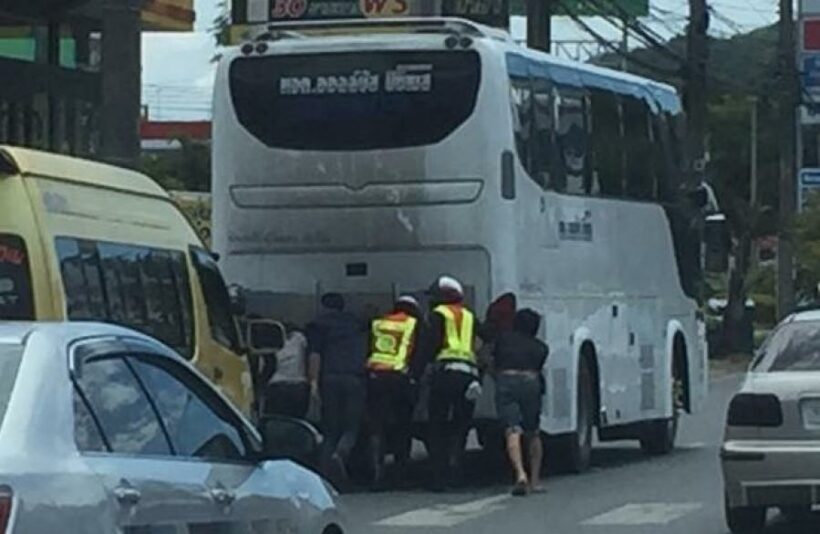 PHUKET: Police officers and passersby banded together to help push a broken down bus to the side of the road in order to to avoid traffic a traffic jam in Rassada yesterday afternoon.

Facebook user Wipongsak Mongkolbutr, who is also the Chief of the Andaman Tourism Association, recorded a video clip and shared pictures of the incident on his page, that soon went viral.

The bus broke down near Phuket Bus Terminal 2 on Thepkrasattri Road.

“Three Phuket City Police officers helped push it at a traffic stop to avoid congestion on the road. Their efforts are admirable,” Mr Wipongsak opined in the post.

He told Phuket Gazette reporters that as a commuter he was delighted with what he saw and that the officers and citizens were good role models for others.