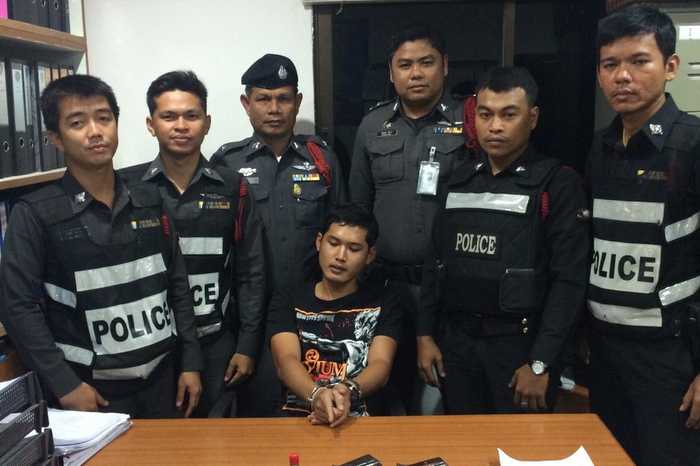 PHUKET: Police foiled an armed man’s plan for revenge by arresting him after he sped through a checkpoint in Phuket yesterday morning.

Police chased down Vatcharin Chaisen, 26, at about 3am after he charged through the checkpoint in Karon to avoid being pulled over by officers.

“After we stopped him, we found two homemade handguns, two rounds of ammunition and two small knives in his pick-up truck,” said Lt Pitchut Srinak of the Karon Police.

“Mr Vatcharin told us that he was carrying the weapons because he was on his way to attack his brother’s enemy.”

Police charged Mr Vatcharin with illegal possession of a firearm and ammunition, and for carrying a firearm in public without a permit.