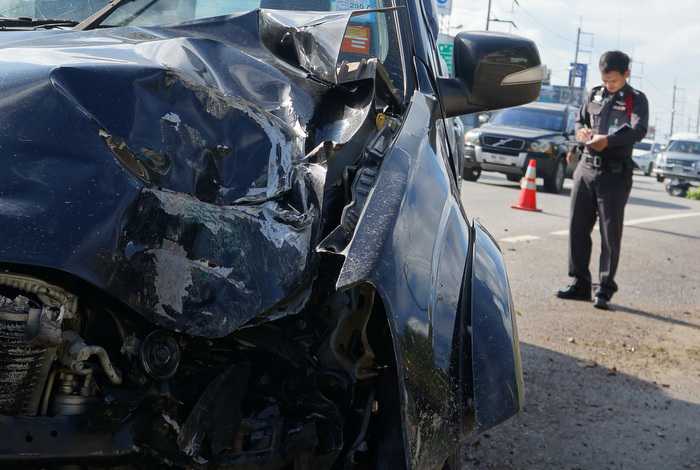 PHUKET: A man had a lucky escape after he fell asleep at the wheel and slammed into a streetlamp on Phuket’s bypass road this morning.

The metal streetlamp was sheered at the base from the impact of the crash. However, 29-year-old Samart Noonpakdee sustained only minor injuries in the collision.

“He was heading home after leaving his job in Patong, and just fell asleep,” Maj Sakol Krainara of the Phuket City Police told the Phuket Gazette.

“He was taken to Vachira Phuket Hospital for treatment and discharged shortly after.”