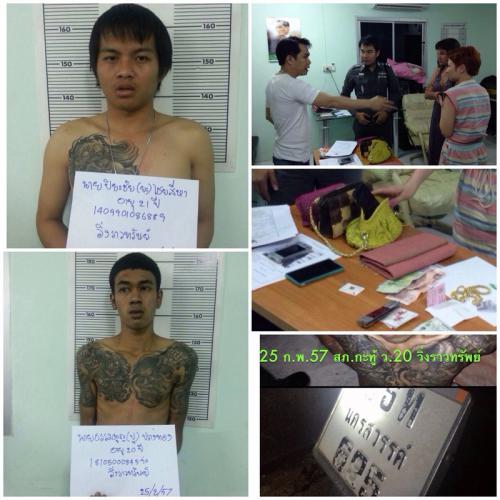 “We received a report at about 11:40pm from a witness saying that a female foreigner had her bag stolen in front of Patong Hospital while she was walking with a friend,” Sutthichai Thianpho of the Patong Police told the Phuket Gazette this morning.

From the witness’s description, police were able to spot the two suspects.

“We followed them to Soi Cable on Phra Baramee Road, where the suspects ditched their motorbike and attempted to flee on foot,” Lt Col Sutthichai said. “They left the stolen bag in the motorbike basket, so we were able to recover it.”

“Mr Piyachai and Mr Thammanoon confessed to having taken the bag, and to having committed snatch-thefts multiple times before this incident,” Col Sutthichai said.

“Anyone who thinks their items might be among those recovered should come to the Patong Police Station to identify them,” Col Sutthichai said.

Phuket Cricket: Laguna make it five in a row