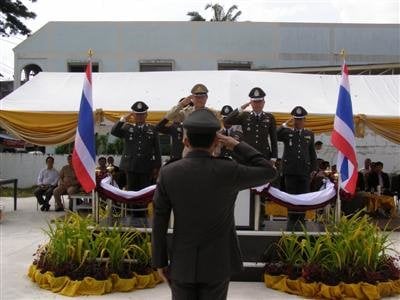 Police from every station in Phuket attended the ceremony, which started at 9.30am.

As part of an annual tradition, Maj Gen Pekad then presented awards to police stations and individual officers for outstanding performances.