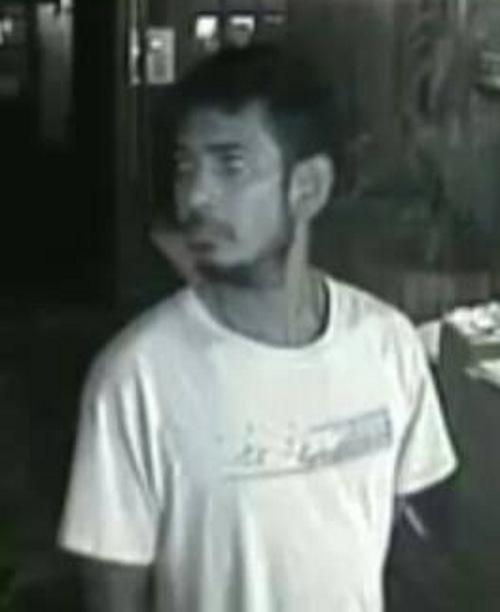 PHUKET: Phuket City Police today released CCTV images of a man who robbed a cafe at the top of Rang Hill on August 5.

“We’ve searched for the man ourselves, but couldn’t find him. We are now releasing these images with the hope that the public can identify him,” said Phuket City Police Deputy Superintendent Prawit Engchuan.

The robbery took place at 7am, while the Tung Ka Cafe was still closed. As staff were working in the kitchen and at the back of the restaurant, a bearded man with dark skin, about 175cm tall, entered the cafe.

He stole the owner’s 15,000-baht Samsung Galaxy and 2,400 baht that she had left on the front counter, Lt Col Prawit said.

Police yesterday shared the images with the press and said they would be exhibited around Phuket.