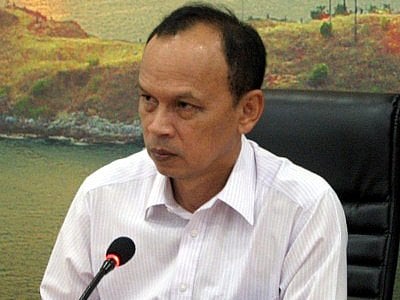 PHUKET: Phuket Vice Governor Somkiet Sangkaosuttirak has warned local authorities that they will suffer written warnings if they do not file updated reports on any swiftlet barns in their respective areas.

Speaking at a meeting of high-ranking local officials at Phuket Provincial Hall on Thursday, Vice Governor Somkiet said officers had confirmed there are at least five swiftlet barns in areas under Phuket City Municipality’s responsibility and four in Thalang District.

He confirmed that he had received reports directly from Patong Municipality and Kamala Municipality, but had yet to receive a report from the Kathu District Office or from Kathu Municipality.

“We have already confirmed there are large swiftlet barns near Pak Nam Seafood Restaurant, which is in Muang District, but we have yet to receive a report from Muang District Office,” he said.

In Thalang district, only one of the four swiftlet barns found there is legal, and all five swiftlet barns in Phuket Town city limits are illegal, V/Gov Somkiet said.

“The owners of those swiftlet barns do not provide food for the birds, so the birds have to find food themselves,” he explained.

“Kathu Municipality and Muang District Office will be sent warning letters, instructing them to submit their reports. I have also ordered the nine swiftlet barns in Thalang and Phuket City to be investigated,” said V/Gov Somkiet.

“They will report any evidence of irregularities and we will hold another meeting to conclude this issue, at which time swiftlet barn owners will be told to improve the standards of their ranches or face closure,” he concluded.

The pressure for swiflet barn owners to clean up their operations follows the Phuket Chamber of Commerce (PCC) filing a complaint with the provincial authorities that flocks of the birds that cough up the key ingredient for birds’ nest soup are creating a public nuisance and a health hazard.

The PCC, represented PCC Secretary Surachai Chaiyawat, complained that unregulated growth in the swiftlet ranching industry was harming tourism-related businesses on the island.

Vice Governor Somkiet set up a committee to investigate swiflet barns soon after the complaint was filed, resulting in surprise raids on several swiflet barns in Phuket City in February.