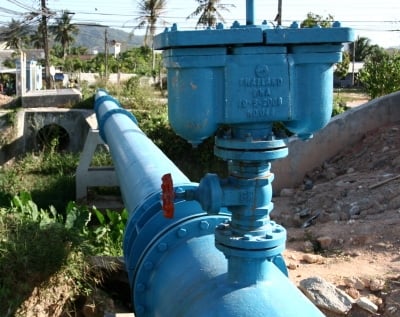 At the Phuket Merlin Hotel on Tuesday, PPAO Vice President Soratham Jinda chaired the event, under the slogan “One Tambon, One Water Resource”, with PPAO Chief Administrative Officer Manop Leelasuthanon to explain progress so far.

Mr Manop explained that both the PPAO and Phuket Provincial Irrigation Office (PPIO) had received many complaints about water shortages from municipal offices and Tambon Administration Organizations (OrBorTor) across the island.

At one end of the spectrum were complaints about the lack of water for both consumption and agriculture, while at the other end it was the recurring flooding that angered residents.

“After discussions between the PPAO and PPIO, we have decided the best solution is to develop small water resources in each tambon (subdistrict) to supply their individual water needs, as well as form part of the flood-prevention measures during the wet season,” said Mr Manop.

To ensure an island-wide strategy, the PPAO hired two consulting companies – P&C Management Co Ltd and Floodway Co Ltd – to conduct surveys and design the various water resource sites. The consulting phase of the project began on March 22 and is expected to take about 240 days to complete.

“We have already held meetings with local communities to ask for their opinions on the best way to solve the problems at a local level. This public hearing is to get everyone’s opinion as we are now almost at the final stages of the study,” said Mr Manop.

“As soon as we have that input integrated with our own ideas, we can formally announce the final plan before the construction phase starts,” he added.