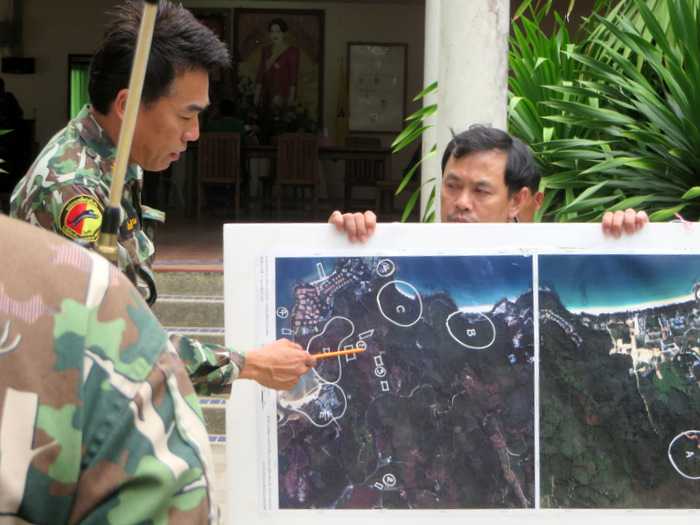 “Seven officers were involved in issuing land titles for plots within the protected forest at Freedom Beach,” said Cheewapap Cheewatham, the former Sirinath National Park chief who now serves as director of the RFD’s Forest Protection and Fire Control Division.

“Two of them are RFD officers and the rest are Land Department officials.”

Mr Cheewapap told the Phuket Gazette that formal charges will be filed either today or tomorrow, depending on when the paperwork and supporting evidence is ready.

More charges will be filed in the coming days for land titles illegally issued for plots within Sirinath National Park, he warned.

“We have concentrated our investigation on several large plots for which claimants have presented SorKor 1 documents to prove right of ownership,” Mr Cheewapap explained.

“From our information, SorKor 1 documents have never been issued for plots of more than 100 rai. We believe those documents are illegal and we will charge all people involved in this case.

“We are preparing our evidence and will be ready to press charges within the next few days. We will charge those claiming to own the land and every person who was involved in issuing the land titles, including officials.”